I seem to be turning into a triathlete. I never thought what would be a thing. Me a triathlete. I like to run, I like to bike and I like to swim, but I didn't think about putting them together. It seemed like too big of a commitment for people much fitter than me. I didn't even own a bike until 10 months ago.  I didn't start swimming laps until January. Yet, as of last Sunday, I have completed two indoor triathlons, so I guess that makes me a triathlete. 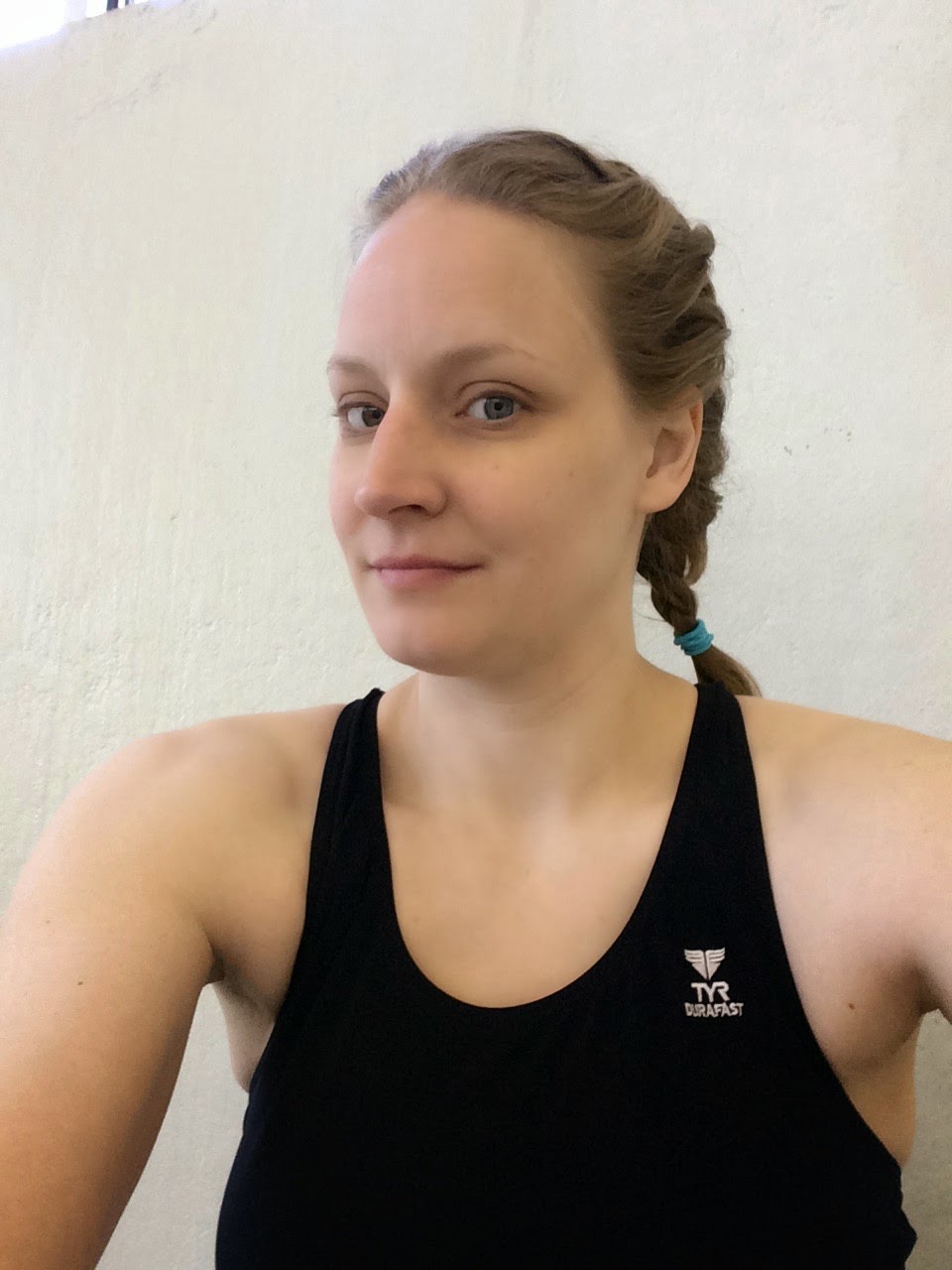 I am not sure what makes me run so much faster at the end of a triathlon than I normally run. I know that my muscles are more warmed up, but one of the hardest things reported from triathletes is that transitioning between biking and running is hard. Triathletes practice "brick" workouts which means usually you bike then run. It is called a brick run because your legs should feel heavy after biking. But so far I have not felt that, instead I feel like I can run and run. And I do and I do it fast. I guess I should consider myself lucky...for now.  I am sure that I will have this brick feeling at some point.

On the race calendar I have several 5k races coming up, but no more triathlons until the Espirit de She in June.  That will be my first sprint distance and outdoor race.  I have a lot of training to do before then, but I am feeling good about being a triathlete.

What is some thing you never thought you'd be?
Posted by Unknown at 12:59 PM 3 comments:

I said March was going to be better than February. At the half point, Stormy is finished with his pink eye medicine (as of Friday) and will be done with his second antibiotic for his double ear infection tomorrow. Miss D is on her second weekend of a digestive system clean out and she drank so much medicine that she threw up...all over the dog. My back is doing much better, but still sore at times. When I go running, my mile pace has not back to pre-back injury and it is pretty frustrating.

I can say that March is better than February, but not 100% different. While there has been some problems with March, the weather has been fantastic.  We went from freezing to sunny and warm.  My kids are so excited to play in the backyard. So excited that I got to spend yesterday cleaning up dog poop (for almost two hours) while they played. 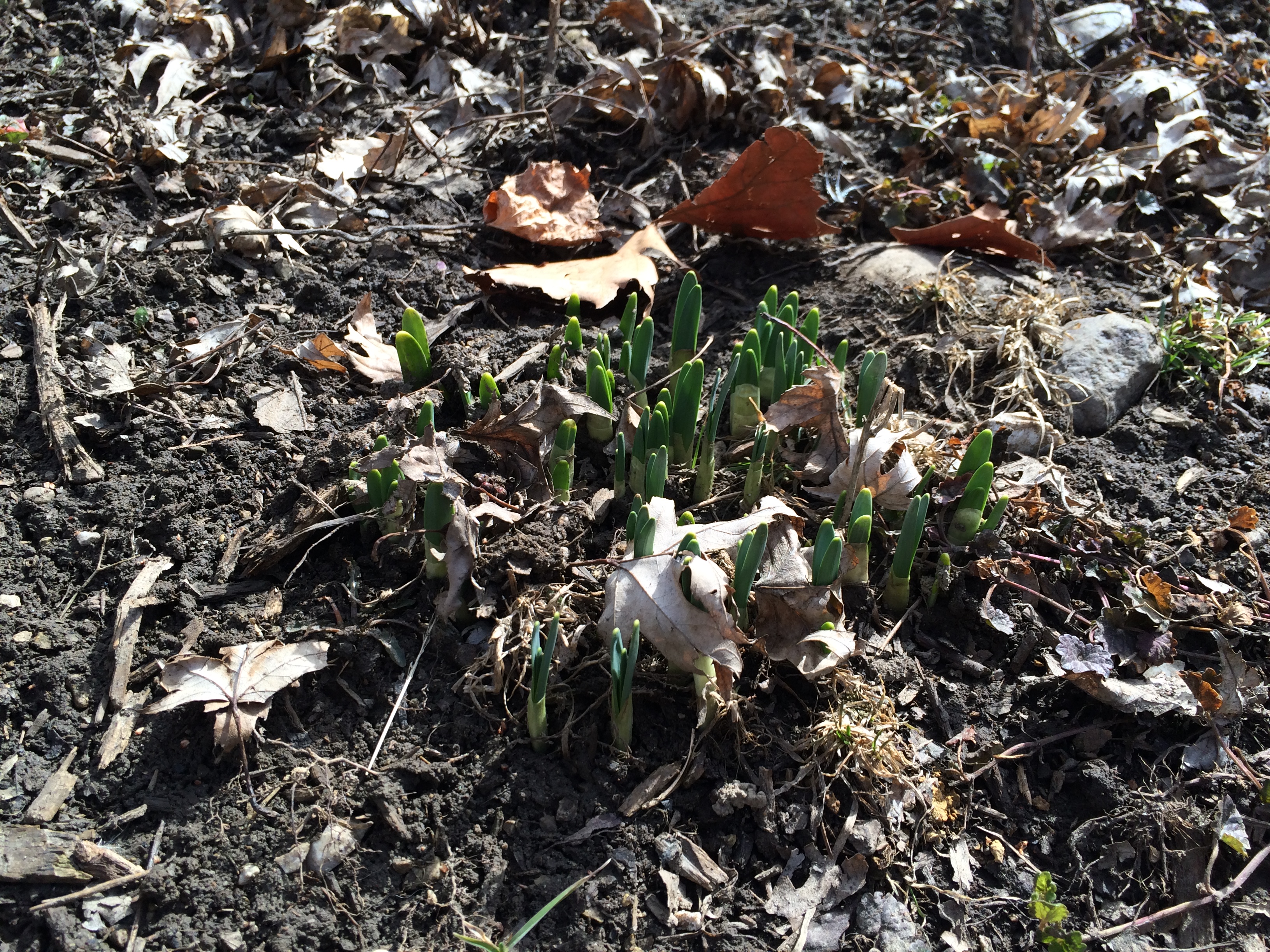 so March isn't so bad.

How's your March?
Posted by Unknown at 9:44 PM No comments:

Getting Back to Normal

February was the worst.  I cannot remember a time in my life that was so overwhelming at work and at home. But now, in just the first few days of March, it feels like I'm in a new chapter, maybe even a new book.

Miss D is feeling much better. Last week she was sickest she had ever been in her almost seven years of life. Now she's back to her normal sassy stuff.  I kind of enjoyed when she was sick because she was so docile, polite and cuddly. But that's not her and I am glad she is better. Stormy is also back to his normal self. Apparently Augmentin is a wonder drug and now I have my funny little boy back.

Today I even got to run for the first time since throwing out my back. It was a tough run since I hadn't run in two weeks, but it went really well, better than expected.  Although I am not in the shape I was hoping for, I think I will do fine at my 5k race on Saturday. I might even pull off a PR with my new found speed.

I am getting things done at work too.  I was stuck in a holding pattern at work.  I kept working, but I didn't feel like I was getting anywhere. It was like I was treading water, not going anywhere, but not yet actively drowning. Then I missed a lot of days with my sick kids and bad back. In the first two work days of March, I am finally feeling like I am making some headway and getting tasks accomplished. I might get everything checked off my to do list!

I even knit a hat for Stormy.  It is the same pattern as the hat I made for Miss D last week.  I am on a hat kick. 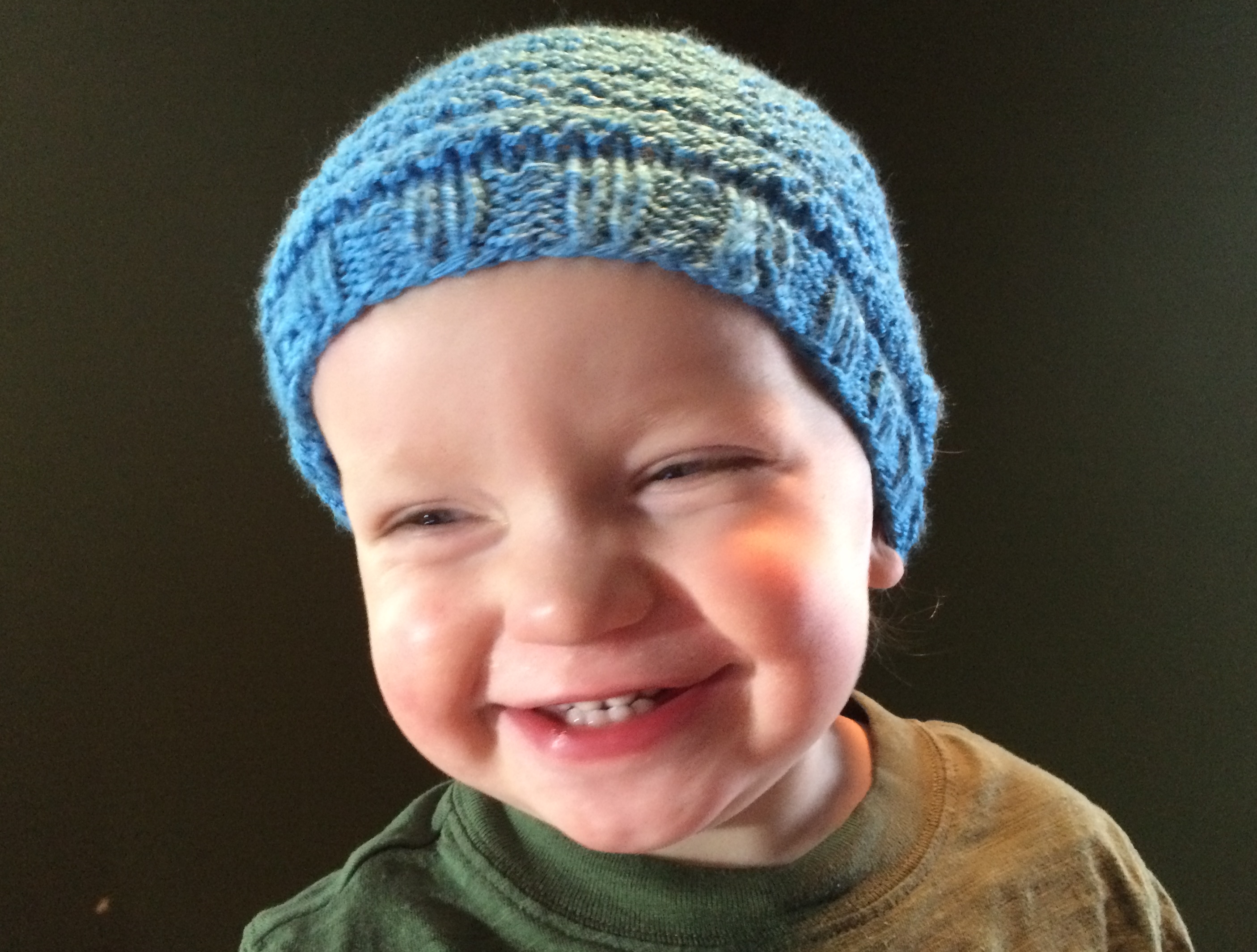 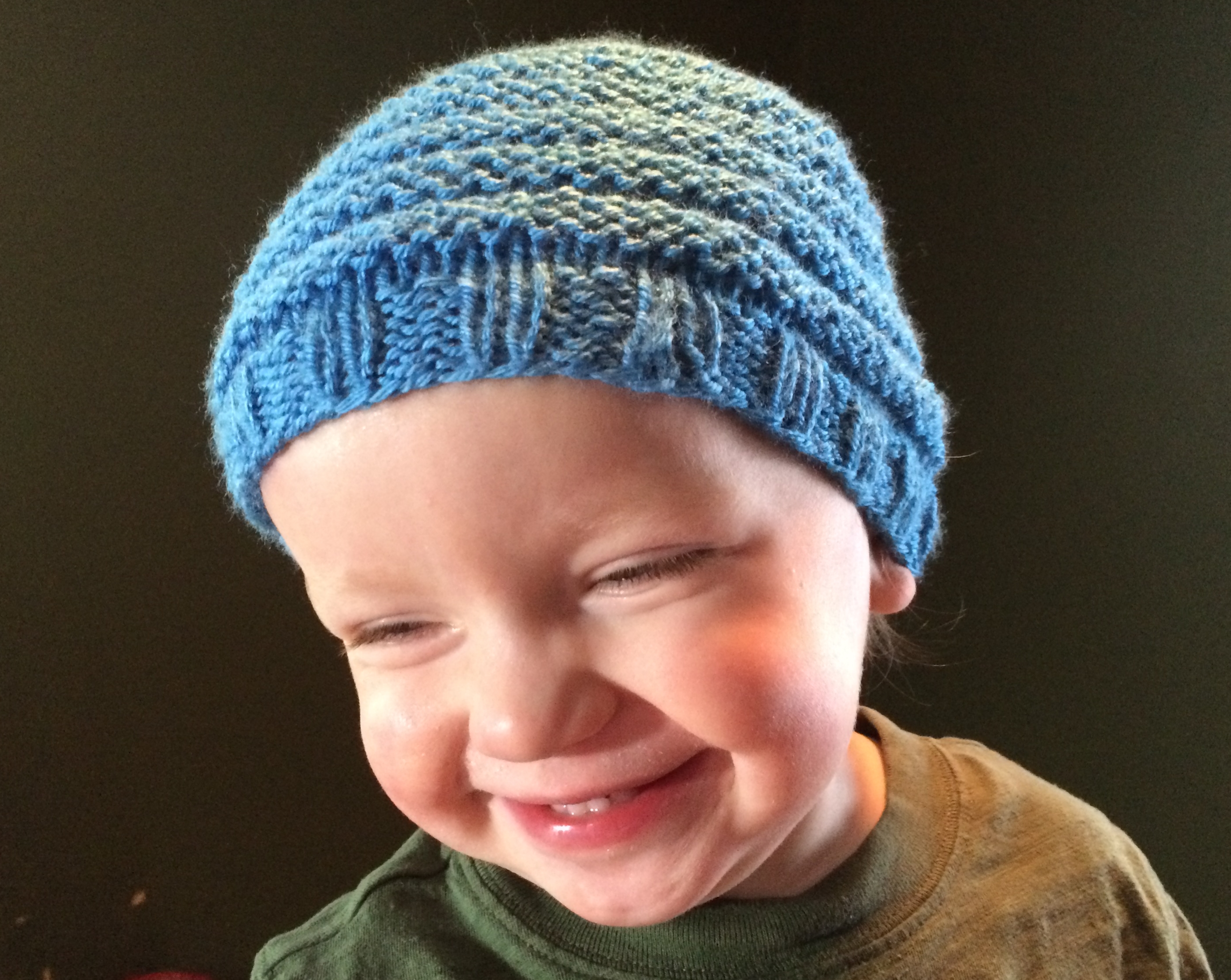 He's a great model. The hat pattern is called Luuk and I use Patons Canadiana yarn. I might have to make a few more of these hats, the pattern is not quite out of my system yet.

So even through March comes in like a lion, and it really has with a plethora of snow and ice, things are feeling much more lamb-y for me.  How's March going for you?  Lion or Lamb? Or too early to predict?
Posted by Unknown at 9:36 PM 2 comments: